How is CSR Law driving the Corporates towards Shared Value Approach? – SVII

How is CSR Law driving the Corporates towards Shared Value Approach?

Home How is CSR Law driving the Corporates towards Shared Value Approach? 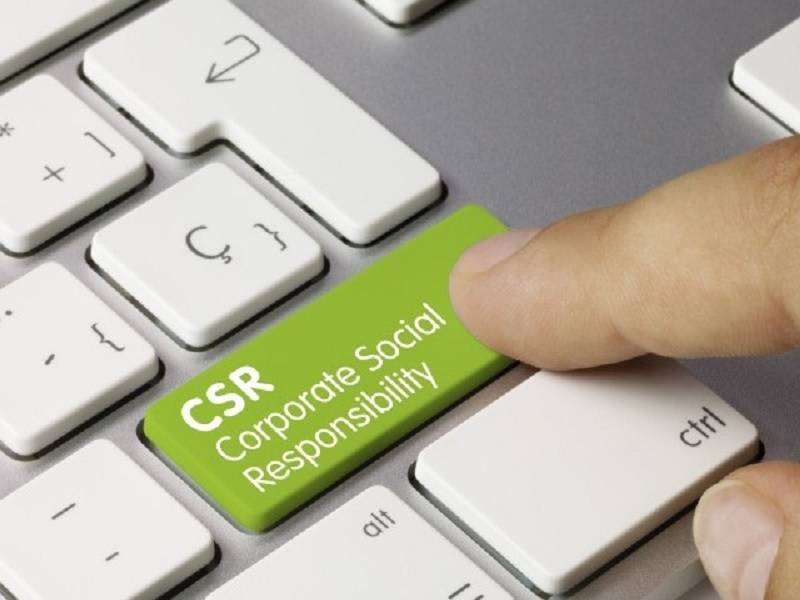 How is CSR Law driving the Corporates towards Shared Value Approach?

During the last three decades, there has been significant changes globally regarding advancement of technology, globalization of markets, globalization of production, and growth of enterprises. Despite all these so-called achievements, the gap between developed and other economies is widening. The gap between wealthy and poor is growing. The environmental degradation is becoming a bigger challenge for the future generations.

However, the majority of the countries address these challenges by relying on voluntary actions of the large corporates as well as populist measures by the government. There have been little efforts to collaborate and strategize the action plan for these issues or setup the outcome driven metrics for performance assessment as to what has been achieved, what not, and why?

The launch of global initiatives like MDGs followed by SDGs however signifies a gradual recognition and acceptance of the social and environmental inequalities. The governments and corporates have started talking about collaborative actions, strategic CSR, metrics and assessment as a way forward.

India has mandated Corporate Social Responsibility (CSR) activity for the corporates by introducing the CSR law on 1 Apr 2014. The first objective of CSR law is to raise the consciousness and motivation among the corporates to undertake social and environmental action as the core of the business model rather than a fringe activity. This is needed to achieve significant impact at the grassroots level. The second objective is to encourage the social and environmental impact measurement and reporting. During 2014 Independence Day, The Prime Minister of India, Sh. Narendra Modi put emphasis on “walk together, we move together, we think together, we resolve together, and together we take this country forward.”

The new CSR law mandates long-term orientation of social and environmental initiatives having better accountability and responsibility by the corporates. To be precise, there is an attempt to make a shift from pure capitalism towards a socially responsive mode of capitalism. This implies enabling a change in focus from checkbook charity based model to socially responsible, engaged and embedded business model where companies invest their time, capital and manpower on the long-term basis for sustainable social and environmental interventions.

India, as a country represents a land of extremes and contrasts. One aspect of India highlights the country as a modernizing economy, which is dynamically becoming a force for social innovation. India is known as one of the largest emerging economies having a population of more than 1.25 billion. This represents 1/6th of the world’s people. The majority of this population lies at Base of the Pyramid (BoP). India is also one of the fastest growing economies having an average GDP growth rate of around 7% (2011-15). According to UN Report, India has the world’s largest youth population of 356 million (10-24 years old). Another contrasting aspect of India involves low rating on Human Development Index (HDI) and Social Progress Index (SPI) calculated by UNDP and Social Progress Imperative respectively. HDI 2015 ranks India at 130 among 180 nations while SPI 2015 ranks India at 101 among 133 countries. HDI ranks the countries on the basis of three dimensions – to lead a long and healthy life, ability to acquire knowledge, and ability to achieve a decent standard of living. SPI measures the social progress of a nation on the basis of three dimensions – basic human needs, foundation of well-being, and opportunity. The majority of the population in India lives in the rural areas; lacks access to the formal market ecosystem for the fulfilment of their basic needs and transacts in an informal economy. Around two-third of the population in India earns less than $2/day (USD 1990 PPP level) and lives and transacts in an informal economy.

Traditionally, large Indian corporates have contributed to social and environmental issues by undertaking convenience based philanthropic initiatives at random, which are not necessarily integrated into the core of the business. However, this approach has created a limited impact on the society and environment. The basic needs and challenges faced by the underserved segment in India require systemic solutions, which are scalable, replicable, integrated and sustainable over a long term. These solutions need to have top management buy-in and involve continuous monitoring with proper impact assessment and evaluation. The companies need to integrate the social and environmental focus areas into the core of their business model, something which had been missing from the social and environmental initiatives of the majority of the companies before the introduction of CSR law.

There exist many examples in India where social and ecological focus areas are getting integrated into the core business model of the company. In FMCG, companies like HLL have engaged the rural women as “Shakti Ammas” for selling its products in the villages. This is a shift from the traditional wholesaler-to-retailer distribution and delivery model. The rural women get trained in the sale of daily use products like soaps, detergents etc. door-to-door. At one end, this leads to last-mile channels for creating awareness and delivery thereby generating volumes. At another end, this creates viable income opportunities for rural women. In agriculture, companies like Mother Dairy have brought together the marginal farmers and milk producers to bring their products like fruits, vegetables, and milk to the market. The marginal farmers get transparent pricing for their products being sold to Mother Dairy besides getting market exposure, training and consultancy on improving the quality of their offerings. In Telecom, Airtel has launched “Apna Choupal”, a voice-based value added service for delivering information on day-to-day activities like agriculture, job, education, weather and health to the customers in rural and semi-urban areas. In inter-state bus transport, redBus has created a multi-sided technology platform, which provides a real-time interface between the unorganized small bus operators and bus travellers regarding seat availability and booking. redBus has eliminated the information asymmetry between bus operators and inter-state bus passengers thereby reducing the high bargaining power of travel agents. The small bus operators no longer depend on travel agents for selling their seat inventory. The bus passengers no longer depend on travel agents for booking their tickets. Then, there are other companies like Mahindra group, which have created a digital platform – “Spark the Rise” to stimulate social innovation by crowd-sourcing the best ideas from the individuals and groups related to energy, technology, agriculture and rural development issues.

However, to enable large scale adoption of shared value philosophy and compliance with CSR law, there is a need for systemic focus and concerted efforts of the government, consulting organizations and other social institutions towards awareness building and behavior change orientation among the corporates. Creating Shared Value is indeed a strategic approach for the corporates, who are aiming to make a sustainable social and environmental contribution to the needs of the underserved segment after the introduction of the new CSR law in India.